The broad US Bond market was down over 3.3% for the quarter, with Treasury prices sinking the most since 1980. The long end of the Treasury yield curve (20+ years) was down 13.5% for the quarter. Other areas of the fixed income markets such as Preferreds, High Yields and International bonds were +/- less than 1.0%, thus avoiding the carnage which occurred in the US Treasury market. Despite rising bond yields, the S & P 500 was up over 6.0% for the quarter, though the NASDAQ Composite was up a more modest 3.0%. Size continued to play a major role as small caps again outperformed large caps with the Russell 2000 up 13.0%. Value outperformed Growth again this quarter with cyclically sensitive stocks such as Industrials, (+12%), Basic Materials (+10%) and Energy (+30%) continuing to outperform the early Pandemic favorites such as Technology(+3%) and Consumer Staples (+3%). Commodities continued to outperform, appreciating another 14.0% during the quarter, as the inflation concerns we talked about last year have become a major area of focus among investors. 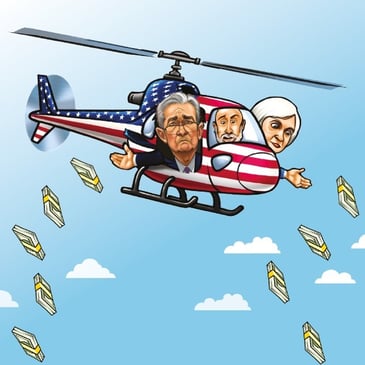 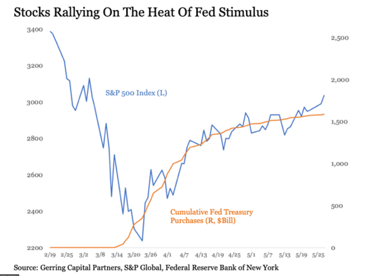 You may have heard the old investing mantra, "Don't fight the Fed." But what does it mean? Federal... 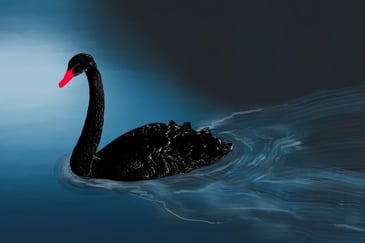 Image courtesy of Carolyn Ann GeasonA black swan is an unpredictable event that is beyond what is... 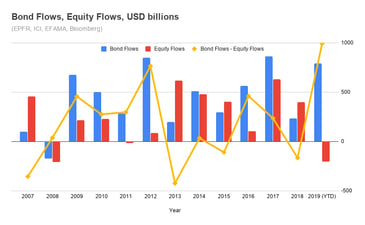